I am a Tai Chi, Qigong, Yoga & Meditation teacher based in Glasgow. My interest in martial arts and asian culture began in the 1980’s, as a child attending Karate classes for several years (and watching bad 80’s kung fu & ninja movies with school friends).

I began practising Tai Chi & Qigong in 1997 and trained for many years in the Cheng Man-ch’ing lineage of Yang Style Tai Chi. I trained initially with local teachers, and from the year 2000, began attending workshops and residential courses with teachers from all over the world – since 2014, I have been hosting visiting teachers from Asia, Europe and the USA. Over this time, I have explored several styles of Tai Chi ( e.g. the Huang Sheng Shyan lineage) and other internal martial arts (e.g. Yiquan) and various forms of Qigong. My learning continues with teachers, peers, students and friends.

I am a registered Advanced Tai Chi & Qigong Instructor with the Tai Chi Union for Great Britain and began teaching professionally in 2015, having previously worked in the NHS.

In the early 2000’s, I was introduced to ‘Scaravelli-Inspired’ Yoga by a Tai Chi friend – an approach named after the teaching of Vanda Scaravelli which shares similar principles to Tai Chi. I’ve been fortunate to study with many inspiring teachers in this approach, which informs my teaching and practice of Tai Chi & Qigong, and gives it a unique edge.

In 2015, I began an in-depth and rigorous Scaravelli-inspired training programme with Marc J Acquaviva and completed a 500 hour Yoga Teacher Training in 2022. I am a Registered Yoga Teacher (RYT 500) with the Independent Yoga Network.

I’ve had long standing interest in psychology and spirituality. On leaving school, I chose to study psychology at university in the 1990’s and although I completed a four year honours degree, I wasn’t comfortable with the ‘scientific’ cognitive psychology approach. I soon after took up Tai Chi, Qigong, Yoga and Meditation practices.

I was eventually drawn to explore meditation more formally, initially attending regular classes with a local Sri Lankan monk. This gradually led to me attending dozens of meditation retreats over the years (as well as exploring reiki, shamanic work and other approaches). I was fortunate to attend retreats with Thich Nhat Hanh in 2008 & 2012, and undertook many ‘vipassana’ retreats over several years. Since 2009, I’ve been attending regular retreats at Dhanakosa.

In 2021, I started teaching Yoga and Meditation classes to complement the Tai Chi & Qigong classes. 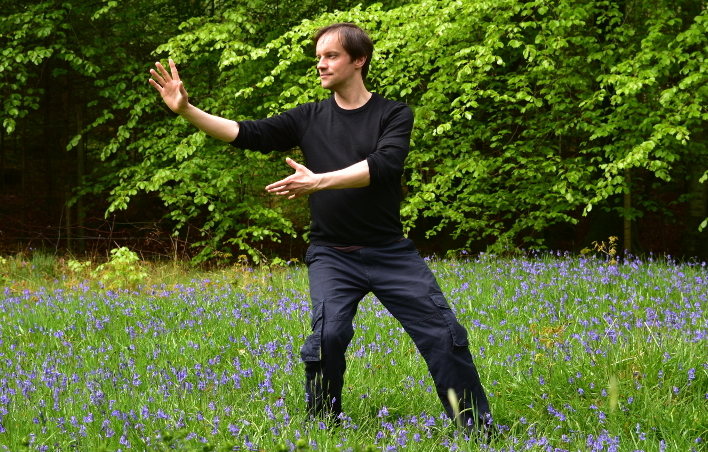 “The body is like a floating cloud.” (Cheng Man-ch’ing)